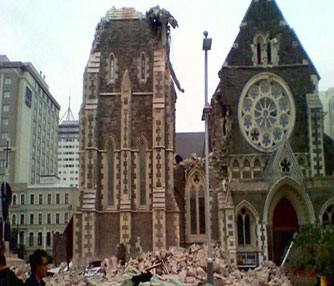 At the very end of last year, FitzGerald Consulting were pleased to support insurers/reinsurers in achieving a global settlement of the largest outstanding claim in New Zealand, following the sequence of earthquakes there starting in September 2010. Following settlement discussions in San Francisco during December, attended by our MD, Bev FitzGerald, and Roger Woodhead, Christchurch City Council’s claim was concluded at $635 million NZ – the largest-ever insurance settlement in New Zealand. Actual payment to CCC is scheduled for 24 February this year. This was an extremely difficult and complex claim where FCL acted for all the various insurance/reinsurance company players involved. In the final stages of a lengthy settlement negotiation, our company in particular led the adjustment on the largest single claim within CCC’s large portfolio of claims, the Lancaster Park (formerly AMI Stadium) loss, insured for $143 million NZ.

Whilst this settlement is a high point in our company’s five year involvement in New Zealand following the earthquakes, we continue to have a large presence of senior adjusters working in that country on the substantial number of claims that are still outstanding. They are working hard to bring the same sort of successful resolution to all the cases they are handling.